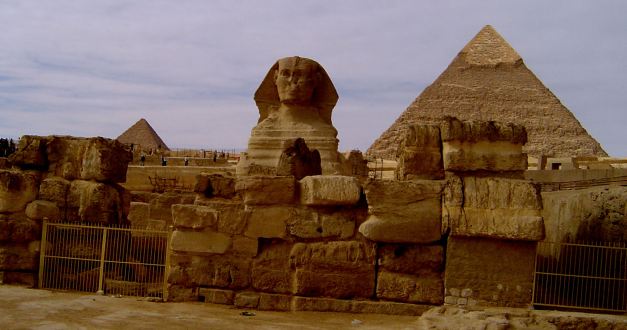 One of the places we tend to send a lot of travellers is Egypt, and apart from the questions on security, weather, what to wear, the general question that we get is what is there really to see in Egypt Outside of the Pyramid and the Sphinx? The truth is there is a hell of a lot to see in Egypt, and seeing it all would take well over a month .. which is a little beyond most peoples travel allowance, time wise and often in cash. So what to do in a shorter period say ten days to two weeks? Well, even on a budgeted time allowance there is plenty to capture the imagination …

1: Cairo: Cairo is the capital of Egypt and has drawcards way beyond the Pyramids of Giza and Sphinx to which it is the doorway. Initially there is the Pyramid complex at Saqqara (or Sakkara if you prefer), as well as the Red Pyramid and the Black/Bent Pyramids. There is the incredible Cairo Museum, which while showing its age still has some fantastic displays including the mummies of some of Egypts most renown Pharohs, and if you are lucky the treasures of King Tut’s Tomb. There is the old city from the more recent historical periods – the settlements of the Mameluke and the Ottoman and Arabian invasions – with many fine palaces, temples and mosques to visit including the Mosque of Saladin (pictured below) being the most obvious. Even more recently there is of course the Coptic Christian and Old Quaters of Cairo which include the Ben Ezra Synagogue and the Hanging Church, and then there arethe remanants of the British Occupation including Aberdeen Palace. Finally there are the hallmarks of the current world. the bustling malls along the Nile, the always busy Khan Al-Khalili Bazaar and much more. All in all there is enough to keep people occupied in Cairo for more than just a day or so.

Mosque of Saladin in Cairo

2: Alexandria: Many tours will skip Alexandria, which I personally think is a shame, of every city I have visited in Egypt, even today, Alexandria remains my favourite. In Alexandria Egypt came face to face with the world and rather than the more traditional Ancient Egyptian heritage you find an incredible mixture thanks to the Roman, Greek and Phonecian influences. There is more to Alexandria thouhg than the Catacombs, Pompeiis Pillar and the incredible ruins they even today are still excavating. A walk along the Mediterranean Shore, a visit to the fantastic Montazah Gardens, the Old Citadel, the reconstucted library – there is plenty to see and do. For those that love Museums, the one in Alexandria has a fantastic layout and presentation of Ancient artifacts, and while not as well know as the one in Cairo is, in my opinion, a fantastic way to get a taste of antiquity without all the .. clutter. Just outside Alexandria are also some fantastic beach resorts the locals love, and some important world war monuments including those at El Alamein.

The Montazah Gardens in Alexandria

3: The Nile – Luxor, Edfu, Kom Ombo, Abu Simbel and Aswan: Now technically these are a host of destinations, but as many take them in as a cruise I always tend to group them as “The Nile Sites” rather than individual towns or cities. The truth is that including what people see on the cruises and beyond this portion of Egypt is a fantastic way to encounter the Ancient sites. Luxor has the temples of Karnak and Luxor which are incredible in almost every sense. Luxor is also home to the Valley of the Kings and while it may look unremarkable on approach, a walk through the burial chambers is mind-blowing. Then of course are the local markets, the museum and the boulevards along the Nile. Edfu is renown for the Temple of Horus and rightly so, and Kom Ombo for the temple of Sobek.  I recommend travelling from Luxor to Aswan rather than downstream – the temple of Sobek is perched on the hill overlooking Kom Ombo and is impressive during the day, of a nightthough it is lit up and the orange and red hues of the sandstone stand in bleak contrast to the black night and is a truly awe-inspiring sight. Then we have Aswan, with its cataracts, its myriad islands to visit, the temple of Philae, the unfinished obelisk, another incredible museum, its Nubian villages, the ruins of St Simeon, the botantic gardens and some of the best bazaars in Egypt outside Cairo. Aswan is also the gateway to Abu Simble, by land or air (though I do suggest air despite it being triple the price, better to spend extra money and enjoy more time in Aswan itself then driving along mainly rocky and barren roads for hours.), which is in itself one of Egypts “Must See” places. Impresive for the temple alone, the fact that it was totally relocated with the building of the Aswan Dam is a testament to man’s ingenuity 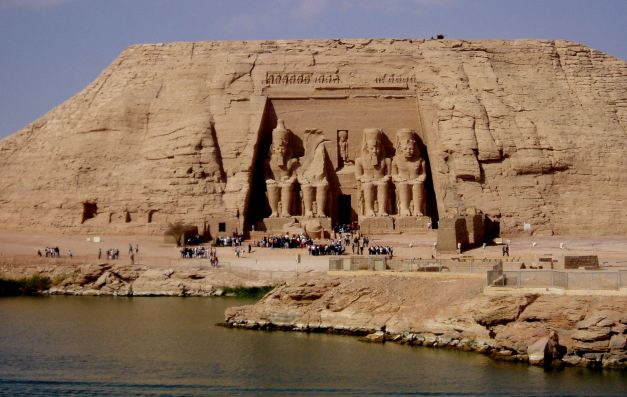 4: Sinai and St Catherine: Finally for the areas easily accessible from Cairo there is the Sinai, a harsh desert landscape dotted with date and palm filled oases and canyons and home to the Biblically important Mt Sinai from which numerous tourist each year climb to watch the sunrise, with the charming Saint Catherine nestled at its base. A journey through the Sinai is also a chance to experience bedouin culture if desire, and if coming or returning to Cairo a way to see another modern engineering marvel – the Suez Canal

Saint Catherine Monastery at the base of Mount Sinai

So there you are, six major regions, covering a portion of Egypt. Most tours will cover perhaps 4 days in Cairo, the Standard 4 day Nile cruise with an extra day in both Luxor and Aswan then usually either the Sinai or Alexandria. but as you can see from above much more time can be spent in any of these places .. let alone those that haven’t been mentioned, like Cruising on Lake Nasser, visiting the Temple of the Oracle in Siwa and the beauty of the western Oases and deserts, the painted Murals of Derna and Abydos, the seaside resorts of Sharm El-Sheik or more. So if you truly want to see Egypt, take a look at some of the programmes we offer and then get in touch and we can tailor something to suit your specific needs.